The task here was to come up with a convincing urban planning and architectural strategy for two properties on Obere Donaustraße. The project involves demolishing the existing development on the street frontage towards the Danube Canal and in its place erecting a new building, to be used as a hotel. On the adjacent site, existing office space would then be converted into apartments.

schneider+schumacher’s competition design takes its form, density and massing from the surrounding buildings and thus fits judiciously into the existing building stock. Essentially it consists of four components: three existing individual buildings to the rear and quieter part of the site, each of which will be increased in height by a single storey and equipped with business apartments; three modern residential buildings that share a plinth, incorporating some 90 apartments; and two hotels. One of these hotels will be integrated into the existing building, while the second hotel is planned to replace the demolished buildings along the street frontage. Aligned with the Danube Canal, the lowest two floors of the new building are designed as an open welcome gesture in the form of a plinth. Above this, a W-shaped element ties in with the surrounding building pattern and offers attractive hotel rooms on eight floors, with views either towards the river or the newly created park. The striking shape of this new hotel is intended to attract the attention of passing pedestrians. Extending the plinth, the existing building on Obere Donaustraße links up with the new hotel and will offer hotel rooms and apartments.

This additional residential and hotel use will serve to increase the area’s economical and ecological viability. Restaurants, kindergartens and grocery stores are designed to animate the lower floors of the residential and hotel buildings, giving further emphasis to the urban space. The basement of the new hotel building will also house a spa, which will be accessible from all the buildings and connect up the various elements of the quarter below ground level.

A new park – the “Grätzelpark” – created at the heart of the project, serves as a central green space and point of reference. Conceived to extend the surrounding open spaces, it weaves the new and old structures together and enhances the quality of the entire block.

schneider+schumacher Vienna was awarded 2nd prize in the competition. 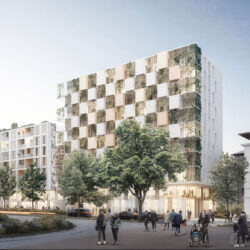 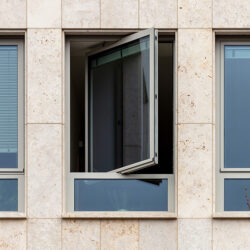 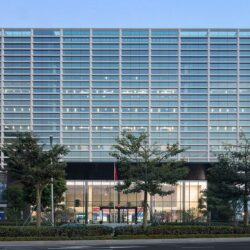 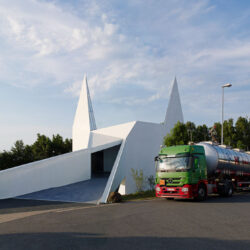 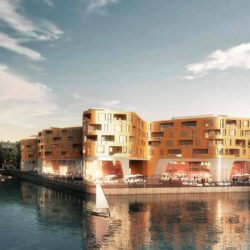 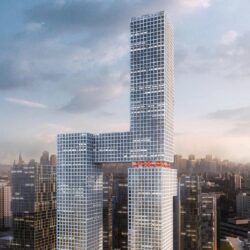